“We are honored to feature global icon Paul McCartney in our first concert at Golden 1 Center, an historic moment for Sacramento,” said Kings Owner and Chairman Vivek Ranadive. “Joining forces with Paul affirms that Golden 1 Center is a world-class venue, and Sacramento will be a top destination for the best acts from around the globe.”

Sacramento’s world-class entertainment and sports venue features industry firsts in sustainability and architecture, as well as fan and entertainer comfort. Located in the heart of Downtown Sacramento, Golden 1 Center will draw visitor from the greater Northern California region, including the Bay Area and beyond. The arena brings together innovative design, cutting edge-technology, and creative culinary concepts in an effort to seamlessly enhance the fan experience. 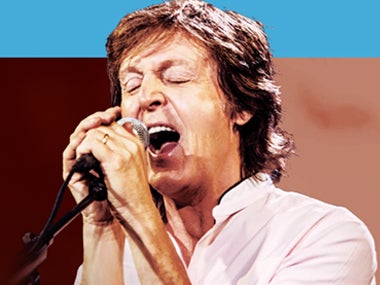