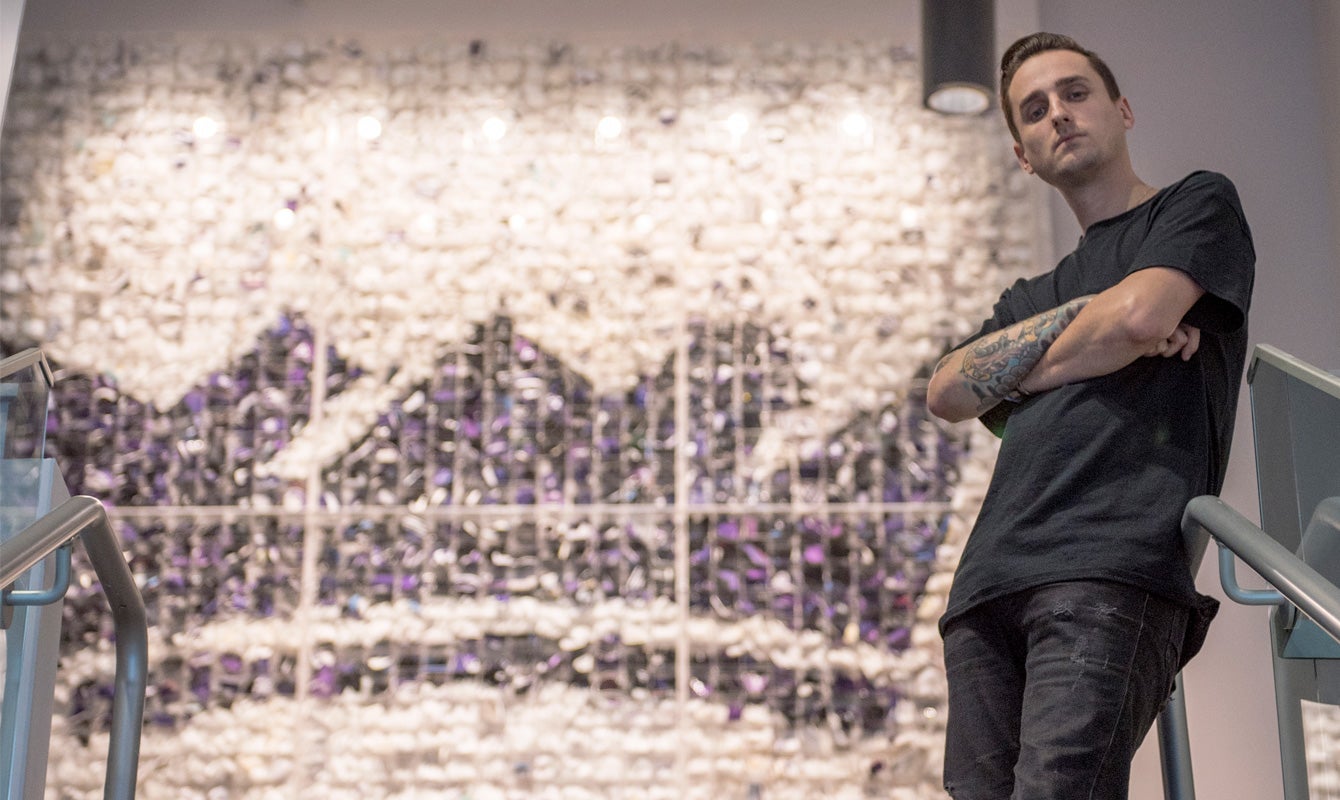 Learn more about how "Player Edition" and the jersey wall pay homage to the team's history in Sacramento.

Three weeks into Golden 1 Center's opening month, the Kings are set to begin a new era of proud in Sacramento during Thursday's home opener. More than just the action on the court, the team's new venue honors the strong culture of art in Sacramento with works that reflect the team and city.

It's newest addition is from Sacramento-born artist Phil America, who created a sculptural installation for Golden 1 Center named Player Edition. The piece is comprised entirely of disassembled shoes worn by some of the most iconic players in team history.

Representing over 30 years of Kings basketball, each shoe has been meticulously cut, sorted, reassembled and encased in an acrylic frame to form the Kings logo.

“During the making of this project, I felt like not just a fan but a member of the Sacramento Kings too,” America said. “This project allowed me to reflect on what we’ve been through in the past and what we’ll be in the future”. Throughout the transition from Sleep Train Arena to Golden 1 Center, the organization’s creative and marketing teams set the goal to help tell the history of Kings basketball, while collaborating with local artists to create something special to celebrate both the team's proud past and its proud future.

While working on new designs for the 2016-17 uniforms, the idea to create an art display to help decorate the walls at Golden 1 Center was born. The teams came up with the concept to create a jersey wall that shows all the aesthetic changes of Kings jerseys from 1985 to today.

“This piece is a great addition to the arena,” Vice President of Marketing Erica Rau said of the jersey wall. “Our goal was to create a fun, aesthetically pleasing, visual destination for fans to enjoy while reflecting on the team’s history.” A jersey from each era was sent to Sports Studio – a highly noted costume restoration company in Hollywood that specializes in sports uniforms—updating the numbers to highlight the year they were worn.

“We looked for meaningful and reflective art that not only showcases local artists, but also shows the pride we have here in Sacramento,” Creative Director Ryan Brijs said. “I think fans will enjoy the new additions, and they will be admired for years to come.”

Player Edition can be found in section 203 and the Jersey Wall is on display on the Bridge Level near section 219.