The 2023 concerts will feature songs from Bocelli’s wide-ranging repertoire, ranging from early fan favorites to his latest full-length studio album Believe, as well as a selection of arias, his beloved crossover hits and famed love songs.

Additionally, PBS stations in each market will be airing Bocelli’s famed Concerto: One Night in Central Park throughout November and December in support of the 2023 tour. For air dates, check local listings in select cities.

The world-renowned artist is also currently gearing up for the holiday season, with a new album, A Family Christmas, available this Friday via Decca / Capitol Records the first-ever with his 24-year-old son Matteo Bocelli and his 10-year-old daughter Virginia Bocelli. Andrea and his family are planning to tour the new music in December across the US for Andrea Bocelli In Concert with eleven new show dates in major cities across the nation, including San Francisco, Las Vegas, Boston, Miami, New York and Columbus. Tickets for the December shows are on sale now at www.andreabocelli.com/tickets. Andrea’s US tours are sponsored by global investment firm Stifel.

Andrea’s emotive and instantly recognizable voice has earned him millions of fans around the world. In April 2020, he broke records with his emotionally charged Music for Hope performance from the historic Duomo cathedral in Milan. His unforgettable Easter performance ranks among the biggest musical livestreams of all-time and the largest simultaneous audience for a classical livestream in YouTube history. He has earned a Golden Globe, seven Classical BRITs, seven World Music Awards and a star on the Hollywood Walk of Fame.

About the Andrea Bocelli Foundation

The Andrea Bocelli Foundation (ABF) was established in July 2011 by Bocelli family after being inspired by the affection and positivity received from fans and partners around the world. ABF has since grown into an independent non-profit led by world-class professionals that oversee the strategic development of key projects. The Foundation’s core mission is to empower people and communities in situations of poverty, illiteracy, distress due to illness and social exclusion by promoting and supporting national and international projects that promote the overcoming of these barriers and the expression of their full potential.

Since 2011, ABF has raised approximately 46 million Euros in fundraising efforts resulting in the construction of 9 schools in Italy and Haiti that offer daily access to a world-class education to over 3,500 students. Additionally, ABF has created welfare projects that guarantee access to clean water and basic medical treatment to over 400,000 people living in the most remote and impoverished areas of Haiti. The Foundation also implements and promotes education projects that leverage music as an additional tool for social inclusion and talent development, all in line with the United Nations’ 2030 Agenda Goal Number 4.7. 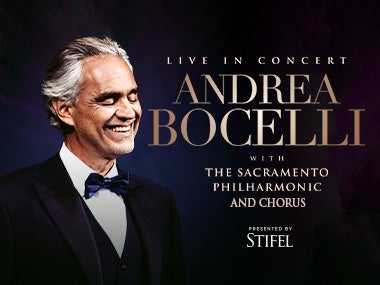