Seven-time Grammy winner and Pollstar’s three-time top female country touring artist, Carrie Underwood, will launch a new arena tour in Spring 2019. Sponsored by CALIA, The Cry Pretty Tour 360 will make a stop at Golden 1 Center on May 14, 2019 joined by special guests Maddie & Tae and Runaway June. Following her successful “The Storyteller Tour – Stories in the Round,” the new production will feature a brand-new stage in the middle of the arena floor, creating a unique 360-degree setting to allow fans on all sides of the arena an intimate view of the concert. 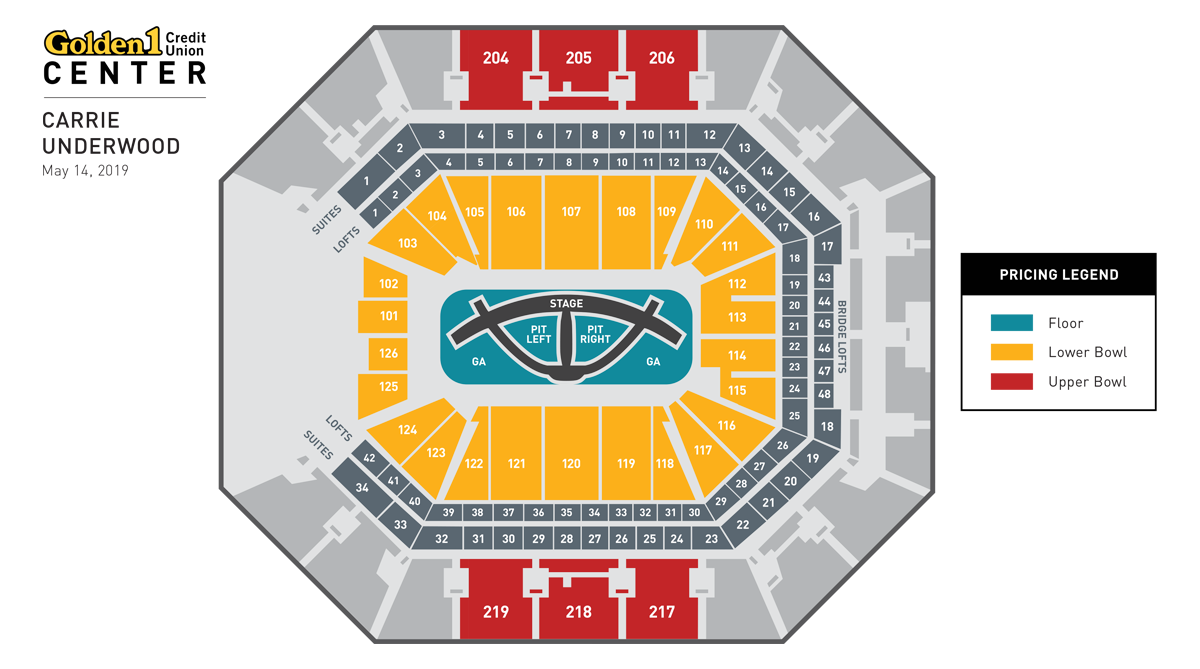