Ricardo Arjona Announces Us Tour In 2022

Stops in Sacramento on Sunday, April 24

The most anticipated tour of 2022 has an on-sale date: October 8, when tickets will go on sale at Golden1Center.com for the tour of an artist that has made an undeniable mark in the world of Latin American music. The tour, presented by Live And Loud, will make a stop at Golden 1 Center on Sunday, April 24.

More than a million and a half music lovers experienced his previous CIRCO SOLEDAD tour live and more than 3 million fans witnessed HECHO A LA ANTIGUA, the most watched streaming concert in the history of Ibero-American music.

"BLANCO Y NEGRO" his new album, emerges as the most daring proposal of the artist that brings to life two of the best albums of his career, recorded at the emblematic Abbey Road studios in London.

"The term legendary is often overused in our business, but it seems inadequate when describing Ricardo Arjona. This true Renaissance man has transcended the borders of his native Guatemala to become the voice of the common man across the world", said Nelson Albareda, CEO and founder of Loud And Live, the global entertainment and media company that is producing Arjona's 2022 tour. "I am beyond proud to be spotlighting his talents in the Blanco y Negro tour next year across the United States".

About Live And Loud:

An Entertainment, Marketing, Media & Live Events Company, Loud And Live performs at the intersection of music, sports, lifestyle and content development. Headquartered in Miami with additional offices in San Francisco, Puerto Rico, Mexico and Spain, Loud And Live is driven by its passion to create engaging experiences for global audiences. 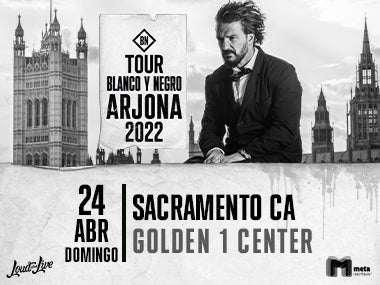