“The Weeknd gave Columbus fans everything he had and more in a truly magnificent concert Tuesday night at the Schottenstein Center.

The crowd was in a frenzy. The Weeknd performed hits over and over, maintaining the excitement in the crowd as everyone awaited his next song selection.”

“At this concert, the Weeknd used the space as an industrial art installation. Above him, over the course of the night, several large triangular platforms assembled and disassembled, Transformer-like, into different avian or spaceship shapes. Sometimes it hovered low over him, and sometimes it tilted toward the sky, as if to soar.”

"The Weeknd is a flawless singer – his set list may as well have been a one-take album recording session without editing. Every note, every utterance was pitch-perfect.

That said, this was without-doubt one of the best shows we've seen from a mega star in a seriously long time."

"When your new album and tour are both titled 'Starboy' you better make a big entrance, and at the Forum for the first of two nights on Saturday, the Weeknd did not disappoint, emerging from beneath the stage in a tube of light reminiscent of a 'Star Trek' transporter beam as the overhead lighting rig descended like a starfighter at the spaceport."

"With a three-piece band on point all night, Rockin’ is innocent pop thrill-turned-mighty banger. With the origami structure descending close to Tesfaye’s new short hair, Can’t Feel My Face turns the place into a pop-up disco. Sublime Daft Punk collaboration I Feel It Coming unites the arena in waves of joy." 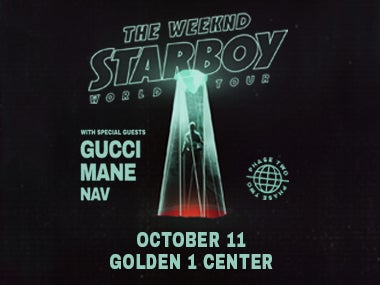