Sacramento, CA (Tuesday, March 22, 2016) -– The wait is over. Jimmy Buffett and the Coral Reefer Band will perform at the newly constructed Golden 1 Center in Sacramento for one night only, Thursday, October 20 as part of Jimmy Buffett’s “I Don't Know'” Tour 2016.

Local Parrotheads won't want to miss their chance to soak in the full Margaritaville experience.

“It will be 5 o’clock all day long at Golden 1 Center when Jimmy and The Coral Reefer Band bring Margaritaville to Northern California,” said Juan Rodriguez, Golden 1 Center General Manager. “We’re excited to have Jimmy perform in our new arena come October 20th.”

“We are thrilled to have Jimmy Buffett back in Northern California at the newly constructed Golden 1 Center in Sacramento” said Jodi Goodman, Live Nation Market President. “We are looking forward to Jimmy Buffett and The Coral Reefer Band bringing an incredible concert to the fans of Sacramento.”

Parrotheads have already given the “Fins Up” for the first ever floating Margaritaville Restaurant and 5 O'Clock Somewhere Bar aboard the all new Norwegian Cruise Line, Norwegian Escape. It’s based in Miami and sails the Caribbean Sea. Meanwhile, back on land, the idea of turning Margaritaville into a musical has been percolating for quite a while but now it's gearing up to make its debut. The musical will have its world premiere at the La Jolla Playhouse, in La Jolla, California, in May 2017. It will feature the music and lifestyle of Jimmy Buffett, from an original story, and includes both new songs and the most-loved Buffett classics. Speaking of Buffett classics, the most famous of them all, "Margaritaville" has been inducted into the 2016 Grammy Hall of Fame for its cultural and historic significance. Only those recordings that have influenced and inspired both music creators and fans for generations are considered for this most special honor.

American Express Card Members can purchase tickets before the general public beginning Friday, March 25 at 10am through Thursday March, 31 at 10pm Tickets for the general public go on sale Friday, April 1 at 10am. Find Tickets now! 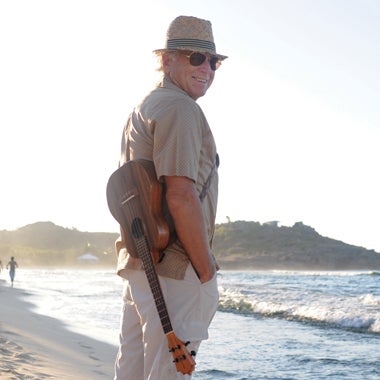