Since 2018, the iconic four-time Grammy and five-time Latin Grammy Award-winning singer, songwriter and producer Pepe Aguilar has brought his Jaripeo sin Fronteras tour, produced by Live Nation, through the United States, leaving fans breathless offering a unique show full of music, tradition and extraordinary acts. In 2022, the renowned artist will make his awaited return to American stages once again, today announcing 22 new tour dates, including a stop at Golden 1 Center on Friday, August 26. Tickets will go on-sale on Friday, March 4 at 10 a.m. at Golden1Center.com.

Conceptualized by Pepe Aguilar himself, Jaripeo sin Fronteras tour has experienced continued remarkable success across the U.S. and Mexico, packing a full house in each city it has stopped in. This summer and fall, Jaripeo sin Fronteras will continue building electric anticipation and stunning momentum as one of the most in-demand tours in recent years, inviting fans throughout the States to enjoy the magical music and traditions of the legendary Aguilar family.

Considered one of the best voices in the Spanish speaking world, Pepe Aguilar has been delivering hit after hit for more than three decades, garnering praise as one of the most beloved and successful artists; his innate musical talent has led to the creation of an impressive career that has withstood the test of time, resulting in endless recognition and countless awards, including four American Grammys and five Latin Grammy awards. 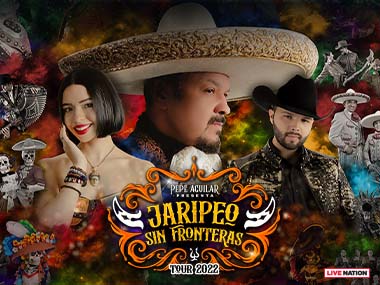