Tour Stops in Sacramento Wednesday, May 18

On March 9, 2020 Pearl Jam was the first major artist to pull the plug and postpone their Spring 2020 tour dates due to Covid-19 concerns. A few weeks later, the band’s new album Gigaton was released to critical acclaim but empty venues. Nearly two years later, Pearl Jam can finally hit the road with their 2020 North American tour dates officially rescheduled for May and September 2022. The updated routing includes four additional concert dates in Fresno, Sacramento, Las Vegas, and Camden, stopping at Golden 1 Center on Wednesday, May 18.

Josh Klinghoffer’s solo project, Pluralone, will open for Pearl Jam on this tour. Klinghoffer will also join Pearl Jam as a touring member on these dates.

As previously announced, Pearl Jam’s 2020 European Tour dates are rescheduled for June and July of 2022. See pearljam.com for full tour routing and any updates.

In continuing their ongoing commitment to acknowledge and address the band’s carbon footprint, Pearl Jam will be paying $200 per ton for carbon dioxide mitigation from the Gigaton tour, a ten-fold increase from prior years. This pricing allows the band to pursue a multi-layered strategy of offsets and investments that combined, will allow for a more comprehensive mitigation plan.

Stone Gossard explains, “We are proud of our prior efforts to mitigate our inevitable carbon footprint from touring over the past 20 years but the time to multiply that effort is clearly right now.  By committing to this aggressive pricing, we hope to equally amplify our efforts and gather partners who share our urgency to make the investments and innovations required to move our world to a more conscious, carbon balanced economy.”   Learn more about the band's history with carbon mitigation.

Pearl Jam’s latest album Gigaton was released in March 2020. Featuring fan favorites “Dance of the Clairvoyants,” “Superblood Wolfmoon,” and “Quick Escape” the album debuted #1 on Billboard’s Top Rock Albums, Top Alternative Albums, and Billboard Vinyl Albums Chart. In addition, it hit Top 5 on Billboard 200 Album Chart, #2 Billboard Top Album Sales Chart and to date has reached over 200 million global streams. The album was critically acclaimed with Entertainment Weekly raving, “It’s a sturdy rock album from five guys who know what they’re doing, took time till they had something to say, are interpolating new influences and sound stocked to be back together in a room.”

The third full-length Pluralone album This Is The Show will be released on March 17. The music video for the track, “The Fight For The Soul”, will also premiere on that day. "This Is The Show started as one thing, wound up another," says Josh on the album. "In my mind, it was gonna be about something specific, kinda turned out that way, and kinda…actually most certainly turned out to be something completely different. Something far greater than I could’ve ever imagined. It was made with a lot of love and a lot of care over another unsure and uneasy year."

Pluralone will be performing a livestream show on March 19 at 6pm PT/9pm ET which fans can register for here. Tickets can be bundled with a digital download of This Is The Show for an additional $5 charge. Fans can also buy tickets for an "after party” performance - a stripped down/acoustic set of covers and originals by request. The album preorder link is here.

In addition to Pluralone, Josh fronts the group Dot Hacker, and is currently a member of Pearl Jam and Eddie Vedder’s band The Earthlings. Josh is a former member of Red Hot Chili Peppers, Ataxia, Warpaint and The Bicycle Thief, along with having recorded and toured with many artists including PJ Harvey, Beck, the Butthole Surfers, and Sparks.

Pluralone played an unforgettable first live show at Ohana Encore in October 2021. Jeff Ament and Nate Walcott from Bright Eyes both made guest appearances. Josh also played with Pearl Jam and Eddie Vedder at both Ohana Fest and Ohana Encore for a marathon total of 6 sets over the two weekends. 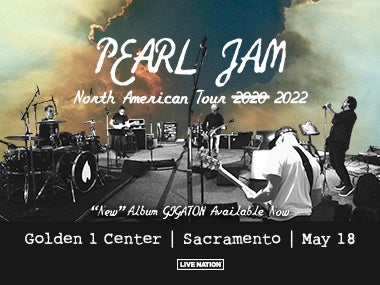