Grammy-award winning violinist, producer and humanitarian Miri Ben-Ari is set to hit center court for what is sure to be a performance that hits a high note.

Her single “Symphony of Brotherhood,” featuring the “I Have a Dream” speech by Dr. Martin Luther King Jr., was the first instrumental single ever to hit on Billboard’s Hip-Hop charts, MTV and VH1.

Ben-Ari chatted with Golden 1 Center.com to talk about recent big moments in her career, her dedication to making the world a better place, and why she thinks the violin is the “sexiest” instrument out there.

Golden 1 Center.com: You’ve had a myriad of success as a violin player. Is there a defining moment in your career or a memory that sticks out as particularly important?

Ben-Ari: Yes. And funny enough one of them was just last week. I had my own set at Madison Square Garden – and I’ve performed at the Garden many times, as a feature or a part of someone else’s show, and last week it was my show. It was a big moment for me because I came to New York all the way from Israel, grew up in a small city, and having my own show at the Garden was a big deal for me. Humbly, I admit.

Also, performing at the White House and being requested by the First Lady Michelle Obama. Winning a Grammy with Kanye West of course, was a big moment for me. And being introduced to the hip-hop world by Wyclef Jean first and then by Jay Z.

Golden 1 Center.com: You were honored at the White House as a “Remarkable Woman” – what did that honor meant to you?

Ben-Ari: It meant the world. Like I said, I grew up in a small city in Israel and doing what I do today was a dream. And being recognized by the first lady in such a flattering way, where she actually knew my work and chose my particular song “Symphony of Brotherhood” featuring Dr. Martin Luther King Jr. meant the world to me. Not only because of the prestige, but also because my dream as an artist is to utilize music to deliver a message. This song delivers the message of brotherhood and the fight against racism, the message of tolerance, and it’s something that I care about a great deal. Being recognized for my work this way just gave me the encouragement to keep going and work even harder.

Ben-Ari: Music can change the world, and I want to change the world with music. I believe that the more musicians that work in parallel and together, the better chance we have to bring a positive impact, and a real difference, to this world.

I think as an artist it’s my duty to utilize this power and deliver messages that I care about. And I’ve been doing it for the past 10 years with my non-profit called Nation Gedenk which means “to remember”. I am third-generation to Holocaust survivors – and so, my organization is committed to promote tolerance, Holocaust awareness, and offer a wide definition of tolerance – not only of one group, but as a global issue. And I think the world, and the United States in particular, needs now tolerance more than ever.

We are actually on our fourth year of partnership with Scholastic Arts and Writing; we have a national contest in schools and we deliver tolerance to young people with art and music. This is what we do, and this is my commitment.

Golden 1 Center: What advice would you give to young people, or young girls in particular with big dreams like you had?

Ben-Ari: Work hard. Don’t give up, and believe in yourself. There’s nothing else to it. I don’t believe in “get lucky”. Some do [get lucky], but we shouldn’t wait around. We should be driving our own vehicle; we should be the driver and the catalyst for any and every change in our life.

Golden 1 Center.com: What is it about the violin that you love?

Ben-Ari: Wow. The violin, I think, is the best instrument in the entire world. It’s like the human voice – it can cry, it can sing, and it’s very sexy. You can play and cross over any genre if you know what you’re doing. It’s both classy and dirty at the same time, you know, it has a lot of soul. I strive to use my classical chops and play soul music.

Golden 1 Center.com: You’ve collaborated with many huge names in the music world – does a favorite collaboration come to mind?

Ben-Ari: It’s so hard to answer, because how can you compare Alicia Keys to Jay Z, you know? Or Aventura to Donna Summer? I’ve collaborated with so many artists, each and every single one of them was so unique and so talented, and I’m so honored to be featured on all those amazing songs. I’m shooting another video next week as soon as I’m back, and that might become my favorite artist for the time. You never know!

Ben-Ari: I’m so looking forward to it because I’ve performed with the NBA, including NBA All-Star. And I can tell you, there’s nothing hotter than a crowd full of energy, a great game, and rocking violin music to hardcore hip-hop beats in the middle of the court.

Golden 1 Center.com: For those who have never seen you perform or heard your music, can you describe it?

Ben-Ari: Soulful, and full of energy. On Saturday, I’m going to rock the court with the Kings Dance Team. I heard that they’re really good, so I’m really looking forward to them accompanying me and dancing to my music. We’re gonna rock it hip-hop style, that I can tell you. 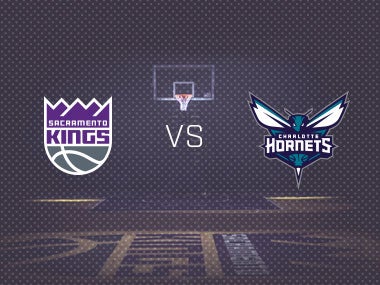