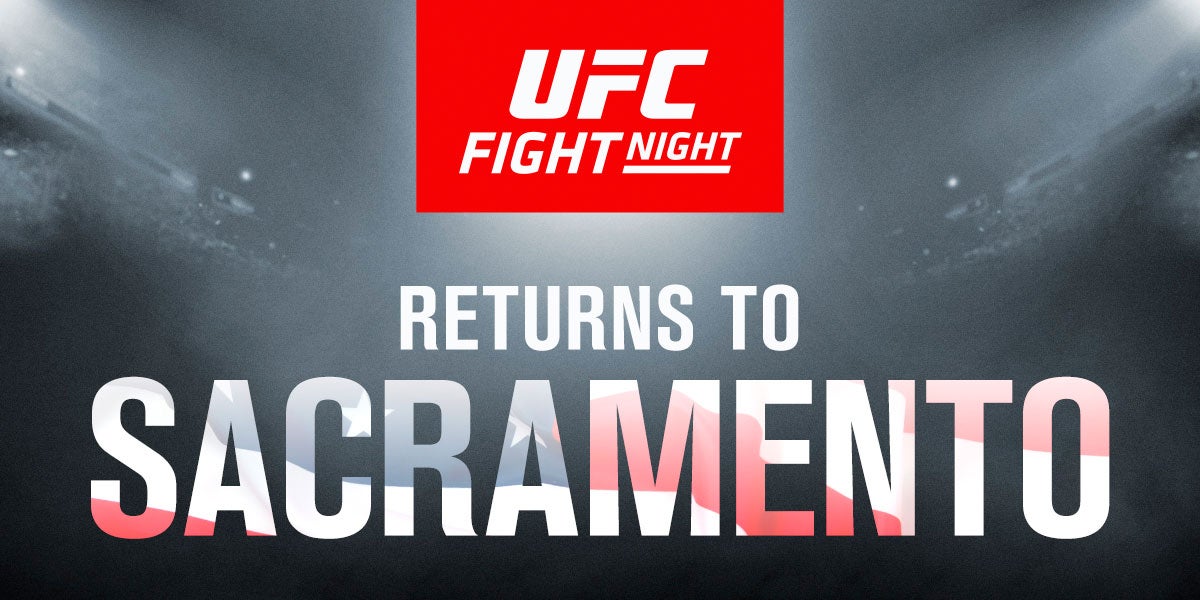 Golden 1 Center in Sacramento prepares to host its second UFC event as the promotion returns to the capital of California for the first time in over two years on July 13. The show will feature an action-packed card with top contenders and hometown favorites in what will be a can’t-miss night for fight fans. The main event is still to be announced.

UFC FIGHT NIGHT ON ESPN+® will stream live from Golden 1 Center exclusively on ESPN+ at 5 p.m. PT on Saturday, July 13 (in both English and Spanish), with the prelims kicking off at 2 p.m. PT and airing on ESPN and ESPN Deportes. Doors open at 1 p.m. PT.

Announced bouts on the card include:

For the latest information on additional bouts for this event, please visit www.UFC.com. All bouts live and subject to change.