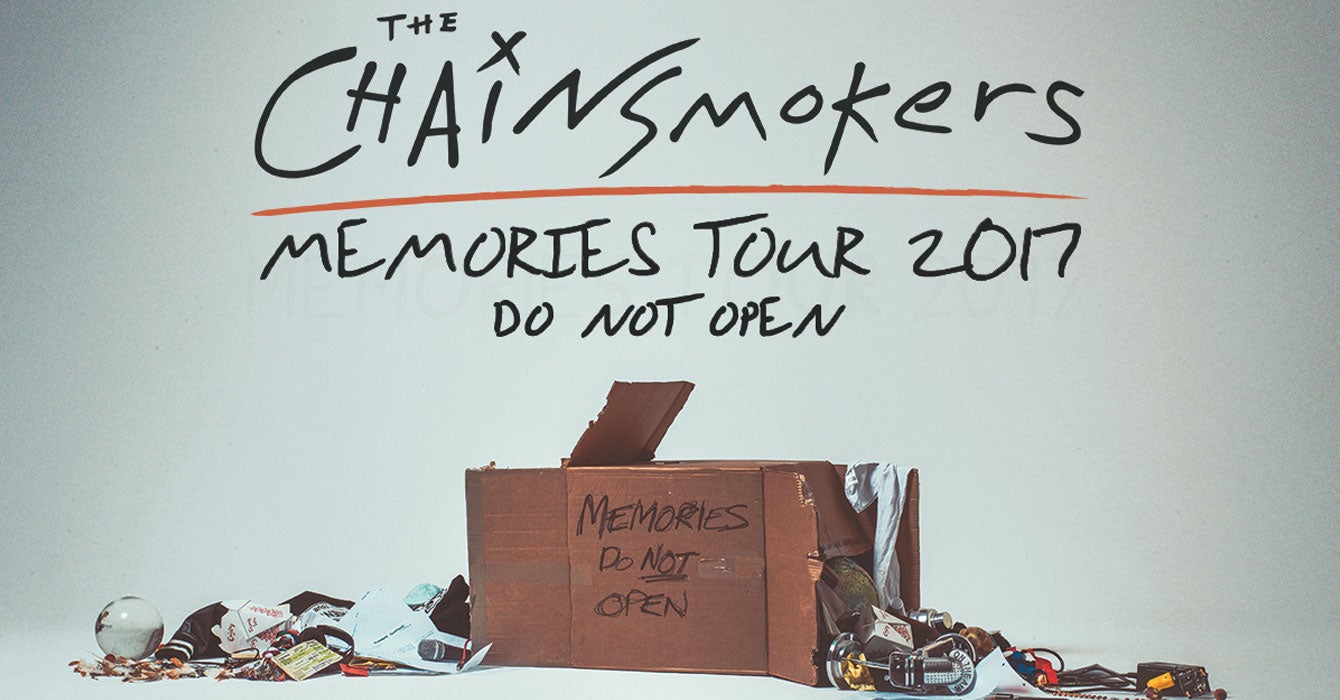 ‘Memories: Do Not Open’ Tour

GRAMMY®-nominated artist/producer duo The Chainsmokers left it up to their fans to decide whether or not they’d release an album, and the clamor has been heard across the world. In response to popular demand, the duo has announced that they will release their debut album this year via Columbia / Disruptor Records.

The album news comes alongside the announcement of The Chainsmokers’ biggest ever tour to date. The 40 city ‘Memories: Do Not Open’ North American arena tour kicks off on April 13 in Miami, FL and will stop in Sacramento at Golden 1 Center on May 4. Multi-platinum artist Kiiara will join The Chainsmokers as special guest on all dates. Every ticket purchased online for the tour includes a copy of The Chainsmokers’ forthcoming debut album.