Kendrick Lamar speaks to Apple Radio’s Zane Lowe, on “DAMN.” – the album that sold over 600,000 copies in its first week, earned the largest Billboard debut of 2017, and has arena’s selling out across the country.

"I like to put a lot of different things and wordplays and messages in my music because I want it to live further than two weeks," Lamar told Lowe.

He continues to say: "I always felt like God used me as a vessel, whether to share my flaws, my intellect, my pain...”

Watch the in-depth interview in its entirety here:

See the show that has everyone talking, right here at Golden 1 Center, August 13! 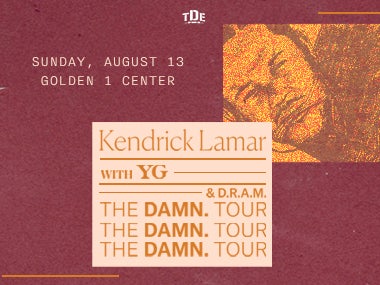