Post Malone and Jimmy Fallon: A Bromance for the Ages

Hollywood is full of power couples. From Queen B and Jay-Z to Blake Lively and Ryan Reynolds — you name it. But, we can't forget about another kind of "power couple" taking the industry by storm... Amy Poehler and Tina Fey, Matt Damon and Ben Affleck, and... Post Malone and Jimmy Fallon?

You heard that right — the "power couple" you never knew existed. Posty has been a recurring guest on Fallon's The Tonight Show, and we can't help but notice the bromance between the two Hollywood stars.

It all started when Post Malone took Jimmy Fallon to the Olive Garden for the first time. They shared wine from sippy-straws and a laundry basket full of croutons. (Everything you truly need to start a beautful friendship).

More recently, Jimmy had Post back on his show to discuss his rumored third album release. When 'Jimothy' asked Post, "Is it close [to coming out]?" Post responded with, "The third album is done." According to the Grammy-nominated rapper, the album comes out in September —convenient timing for fans here in Sacramento awaiting the singer's tour stop on Sept. 19!

What's gonna go down behind-the-scenes at a Post Malone concert? Well, according to Posty, it's just a lot of gummy bears, cheetos, and beer pong.

We're here for anything and everything Malone and Fallon. While Posty may not be bringing Jimmy on tour with him when he stops in Sac, there's sure to be plenty of fun (and who knows — maybe some more beer pong!) 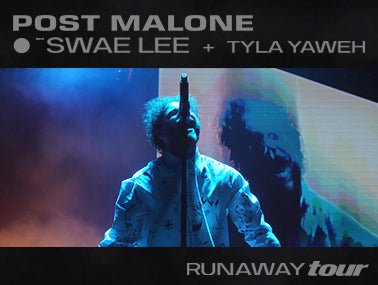