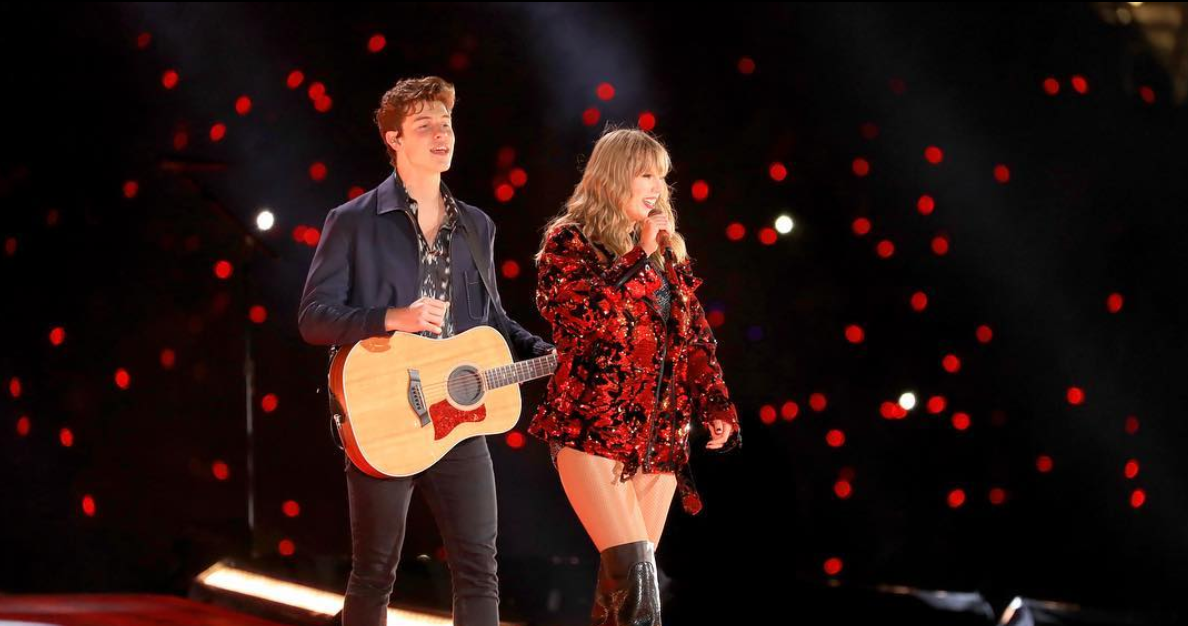 Last weekend, Shawn Mendes and Taylor Swift pulled off a big surprise for their fans.

As Swift sang to the crowd, she asked if they wanted to play a “game.”

“I’m gonna sing a little bit of a song, and as soon as you recognize it, if you love it as much as I do,” she teased her crowd of 60,000. “Start screaming, singing along, or combine the two and start screaming along. And if you do that, something cool might happen. Ready to play the game?"

As she sang, Taylor welcomed Shawn out as a special guest.  Together they performed “There’s Nothing Holding Me Back” at Pasadena, California’s Rose Bowl.

Thank you @shawnmendes and the 60,000 people who came to the Rose Bowl show tonight! YOU WERE MAGICAL 🌹

Mendes, who was the opener on Swift’s last tour, 1989, fit right in on stage performing with Swift. On the red carpet at the Billboard Music Awards, Mendes talked with E! News’ Jason Kennedy about the “unbelievable” experience it was to perform with her.

“It was awesome to be back and be with her,” he shared. "It's a very different thing to be brought out, special guest from opening. Unreal, man. I wish you could experience what it feels like."

They both exchanged thank you’s to each other on Instagram.

Thank you @shawnmendes for surprising the Rose Bowl crowd tonight. YOU ARE THE GREATEST and I’m obsessed with everything I’ve heard from your new album. My 1989 tourmate came back!!!! 📷: @KevinMazur and @GettyEntertainment

Now we can’t help but wish “A Little Too Much” that Mendes will bring out some special guests on his tour, which will stop right here in Sacramento in July of 2019.

Don't forget to check out his new selt-titled album, Shawn Mendes, which drops this Friday!