Run the Jewels, Lorde: The Pair You Never Knew You Needed

From intimate underground concerts to dominating their very first arena tour, Run the Jewels never fails to entrance an audience.

Before they step into the spotlight, the notorious duo — El-P and Killer Mike —spoke with Golden1Center.com about their recent accolades, new music, and vibing on tour with the one and only Lorde.

Golden 1 Center: How do you believe that your style pairs well with Lorde's on this Melodrama Tour?

RTJ: That’s a really good question. I’m not sure that we completely knew that it would before we got on stage. I just go off of the music. For me, I’m a music fan. I love music, and the stuff that strikes me, the stuff I like, I can’t compartmentalize it. I put it all together in one big picture of something I like. Lorde kicks directly into that category. And so, for her to ask us to do [the tour] was an acknowledgement from her that she feels the same way [...] I believe in my heart in a way, that I am a music fan and a listener, and [this tour] is the type of build that I would find interesting and cool. You know?

Golden 1 Center: Tell us about how your Lorde, 'Supercut' Remix came to be.

RTJ: Ever since we started, and said yes to doing her tour, we had been talking with them about the possibility of doing a collaboration together, and we were super down. They asked me if I’d be interested in doing a remix, and they sent me 'Supercut' as the potential song. So I did the music and everything for 'Supercut' and it was so funky that I was like, maybe this is the song we can jump on… And that’s how it happened. They were like 'yes, please!' I did it, they loved it, and that was basically that.

Golden 1 Center: So, everyone is talking about Black Panther right now. How does it feel to have your song 'Legend Has It' in the trailer for a movie people are calling “revolutionary"?

RTJ: I’m so happy, I don’t know what to do with myself [...] For real, it’s an honor because the comic from the 80s is one thing, but for me, I knew this movie was going to be big just out of my community, and I wanted to be associated with it in any way. It took us about a year to seal the deal, to actually get the commercial we got. So, I feel hella good about it.

I love when my people are posting pictures with them and their kids going; I love the enthusiasm it brings and I love the fact that it’s making so much money. Because that means that other movies like this are going to get made. So, I’m very happy about it.

RTJ: This is the first time that we’ve done a straight up arena tour and its been really fun, really amazing. Getting to be in front of that many people every night, it’s just a really cool energy, and it’s just one of those things you kind of fantasize about. And you know, we’re really excited about every show to be honest.

Golden 1 Center: When people are leaving your show on Monday, what feelings do you want them to go home with?

RTJ: Hope. I want them to have sweated and danced and to be filled with love, you know what I mean? We want people to leave feeling powerful and invigorated. And we try.

When I check my DM’s, that’s what people are telling me. Like 'I didn’t come for you guys, but it’s amazing' and other people are like, 'Hey man I already was a fan of you and Lorde, but I didn’t know you guys would come together so well.' So, I feel like we’re out here making more fans and we’re definitely satisfied with the fans we’ve got.

Golden 1 Center: The tour just started, but have there been any 'wow' moments that stick out to you so far?

RTJ: I mean to be honest, every night getting on stage to an arena with a full audience is kind of a 'wow' moment. And then after that phase, you’re just at a show again. It’s like I’m almost there with my friends. So I am blown away for the first five minutes of every show, and then I settle in and to me, it's like I’m in a 300 capacity room, you know? Back in the old days again and it’s just a grimy, fun show again. But I get blown away a lot on this tour. 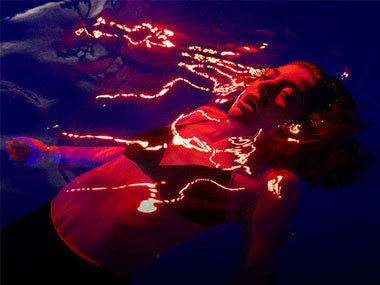