See what publications spanning the country have had to say about the cherished singer’s 50th Anniversary Tour, before his stop in Sacramento on August 2!

“More than 15,000 fans packed the sold-out arena to cheer on the singer, one of the best-selling artists of all time. And they sang all of his songs. I don’t care if you’ve been to a packed bar with all your friends or Fenway Park during the eighth inning, it’s not as fun as actually singing ‘Sweet Caroline’ with Neil Diamond.”

“At 76, Diamond shows his age. Judging from the multitude of voices (both men and women) professing their love for the singer throughout the evening, both the man and his music have aged well.”

“He’s earned the right to take this victory lap, and his fans — who undoubtedly showed up to check back in with a golden era of their own lives — gave the love right back. When you look at a new wave of indie rock songwriters and great live performers, you can’t help but think that they all studied the movements and grand lyrical moments of Neil Diamond.”

“Indeed, a Diamond concert is a reliably polished exhibition of song craft that barely exists anymore.”

“How’s Neil Diamond on his 50th Anniversary Tour? ‘So good! So good! So good!’ Diamond’s tour stop was vindication for a musician and singer-songwriter who is an entertainer but never at the expense of his musical craft. He is 76, but his rugged, Marlboro Man voice proved remarkably intact and almost a replica of its tone on records that date back 20, 30 years or more.”

“Diamond bet wisely. His famous baritone might be a little grittier these days, but at points, it was hard to tell a difference between the voice echoing through Bridgestone Arena and the one put to tape in the '70s. He had plenty of backup, too. Not just from a 13-piece backing band - including Nashville guitarist Richard Bennett - but a crowd that was eager to hop out of their seats and sing along.” 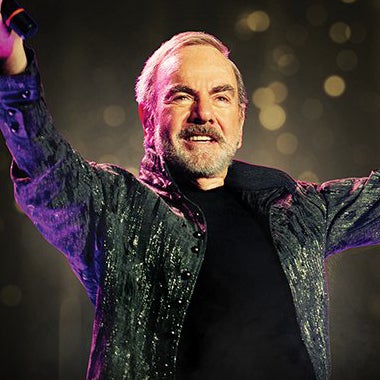