Miranda Lambert is killing it.

Not only did the country superstar recently announce her new Livin' Like Hippies Tour (which comes to Sacramento Feb. 8), but she's also dominating the biggest award show in country music.

Lambert is nominated in 5 categories, and is set to perform at the 51st annual Country Music Awards. Her nominations include:

Female Vocalist of the Year

Single of the Year - “Tin Man”

Album of the Year - “The Weight of These Wings”

Music Video of the Year - "Vice"

Not to mention, Jon Pardi, who is accompanying Lambert on tour, is nominated for both Single of the Year and Song of the Year for the catchy hit "Dirt on my Boots" and for New Artist of the Year!

Tune in to the 51st annual CMAs Live, Nov. 8! Check out the rest of the nominees here. 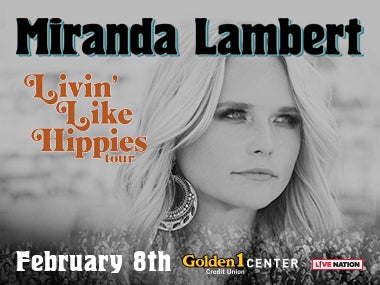