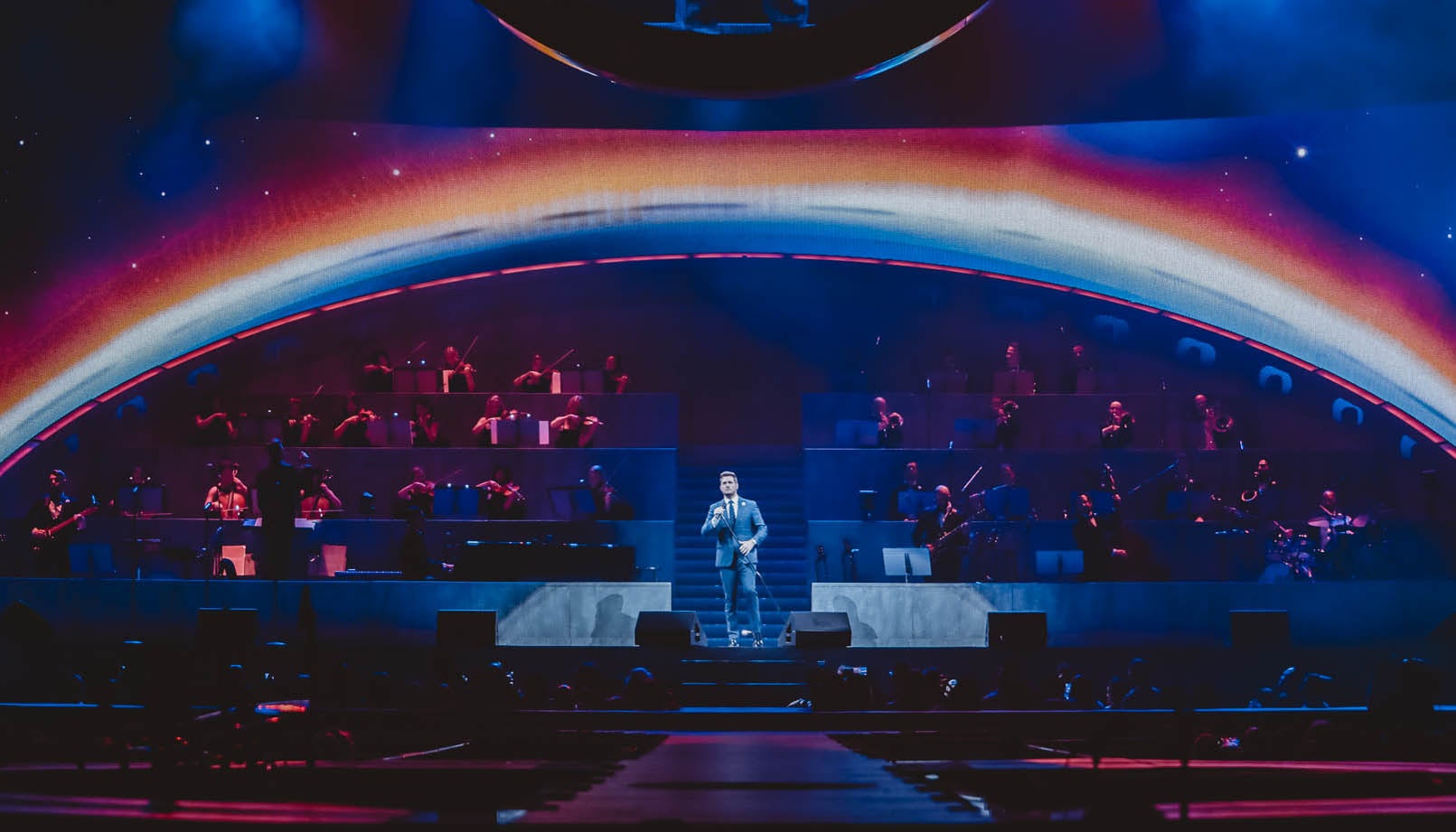 Michael Bublé Wows Audiences Across the U.S. Before Heading to Golden 1 Center

Grammy award-winning artist, Michael Bublé will be performing at Golden 1 Center this Saturday for one of the final stops of the U.S. leg of his “Higher Tour”.

The tour, which started back in August and spans 27 different U.S. cities, has high remarks from outlets who attended past shows.

“His constant interaction with [the] public was evident throughout the night; on more than one occasion, the singer asked for house lights to be brought up so he could get a better look at his fans. Engaging with them, talking to them, reading their homemade signs they brought along, high fiving them and signing few autographs along the way,” - Creative Loafing

“The most tender moment came when he sat down with his pianist for ‘Smile’, introduced with Bublé saying, ‘We don’t go through a stress-free, pain-free, suffer-free life. This song is about facing adversity.’ What followed was an uneven but highly emotional reading of the Charlie Chaplin ballad,” - Pittsburg Post-Gazette

“Bublé is a performer at the top of his game and can work a crowd of tens of thousands like he's hosting a dinner party for friends,” - Chronical Live

“The quality of his vocal live performance, as powerful and grandiose as his recordings, was extremely impressive,” - Bristol 24/7

Sacramento Bublé fans have been showing love and anticipation to the Canadian crooner on Twitter:

The “Higher Tour” will continue with a few more stops in the U.S. with the next being in Portland, before heading to Europe next year.