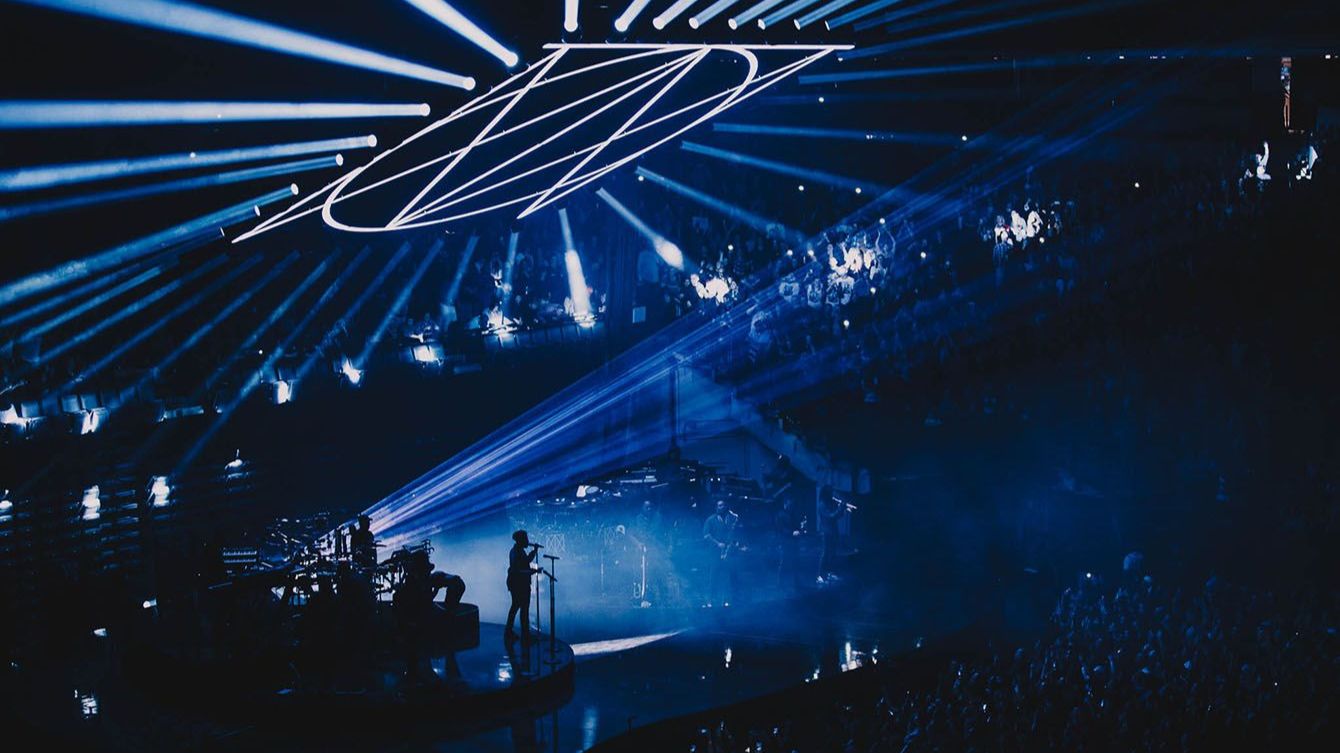 Simple enough to say, Justin Timberlake was worth the wait.

Sunday night, the multi-talented superstar brought his Man of the Woods Tour to Golden 1 Center. Having been 12 years since his last visit to Sacramento – a stop on the 2007 FutureSex/LoveShow Tour – anticipation filled the sold out arena to the brim.

As the lights went down and the Tennessee Kids appeared from the shadows one by one, pure eagerness grew for the Man of the Woods himself to make his grand entrance. As the echoes of the intro of his recent hit “Filthy” rang through the arena – “if you know what’s good” – Justin’s silhouette finally emerged from the smoke and broke into the choreography without missing a beat.

Throughout the night, the multi-faceted performer showed off his extraordinary vocals, his signature Michael-Jackson inspired dance moves, and even showed off some lesser known talents. Standing in a lone spotlight with just a soundboard, Justin revealed his DJ skills, teasing the opening of “My Love” before breaking into the chorus. Putting a fresh spin on the beloved anthem of 2006 was just what we needed to fall in love with the song all over again.

Not only did the singer display his many musical talents, he showed off the personality we all fell in love with. Whether it be pointing out birthdays in the audience, giving a congratulatory shoutout to a pregnant woman in the audience, or taking fans’ phones for countless selfies – Sacramento appreciated the personal touch.

Before performing bar-hopping favorite “Drink You Away”, Timberlake paused to pour his tourmates and himself a shot of whiskey, and gave a toast.

“To the birthdays, to the ladies havin’ babies […] Here’s to everybody that don’t give a damn if they got a job in the morning. Cheers!” He continued: “If Sacramento has this much fun on a Sunday night, I gotta come back on a Friday.”

Wishing we could spend every Sunday night with you, @jtimberlake! pic.twitter.com/X4fDES0Zx6

Hit after hit – it was a surreal reminder of the tenure of Justin Timberlake’s illustrious career. No matter what JT era fans may fancy, everyone got a taste. From his 2002 album Justified we got classic hits “Cry Me A River”, “Senorita”, and “Rock Your Body” (during which the singer left the stage for a dance number in the middle of the floor). From FutureSex/LoveSounds we were brought to our feet with “SexyBack” and moved to tears with a slowed-down ballad of “What Goes Around…Comes Around”. The 20/20 Experience brought us "Suit & Tie" and the ever-emotional "Mirrors". Finally, songs like “Say Something” from his latest release Man of the Woods reminded us of the singer’s raw talent when handed a guitar and a mic.

CRYIN’ A RIVER now that @justintimberlake is gone 😭 #MOTWTour

As he closed out the show with ultimate feel-good song “Can’t Stop The Feeling”, we couldn’t help but feel like the last two hours had been a dream.

We are already counting down until the next appearance from the one-and-only Man of the Woods in The City of Trees!