Releasing his fifth studio album, J. Cole’s KOD debuted at No. 1 on the Billboard 200. According to Billboard, the songs from his new album have already been streamed over 322 million times in just their first week of availability in the U.S. alone, making KOD the third-largest streamed album during its debut week.

J. Cole also had the largest debut week in 2018 thus far with the biggest week for an album since the release of Taylor Swift’s Reputation in Dec. 2017.

Now, he is the third musician to send every track on a new record onto the all-encompassing singles tally twice, according to Forbes. The two other artists to do so are Drake and The Weeknd.

It’s no surprise that J. Cole has put out another fire album, as he continues to make history. We are looking forward to his upcoming KOD Tour which will stop right here in Sacramento on September 4, 2018!

Check out music, new and old, from the one and only J. Cole below! 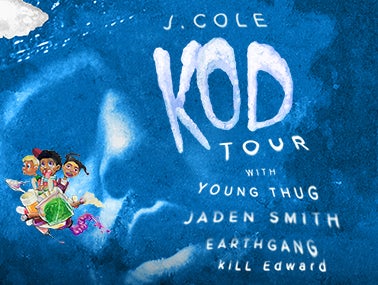