For the first time, the Harlem Globetrotters and ESPN are teaming up to bring viewers and fans of the team some of the best trick shots, world records, and all-around amazing moments.

The “Best of the Best” captured some of the recent record-breaking memorable moments and highlights of the Globetrotters’ 91-year history of entertaining fans all over the world. Hosted by current Globetrotter star Ant Atkinson, the 30-minute special showcased the top dazzling shots made and Guinness World Records titles that the team has set.

Fans of the Harlem Globetrotters will have a special treat in store at the end of the program, as well. Atkinson will show off his own shot-making skills – taking a crack at a trick shot from the top of the historic Navy Dive Tower at Joint Base Pearl Harbor-Hickam.

“There are so many amazing and iconic moments that the Harlem Globetrotters have produced in its history,” Atkinson said. “To be able to put some of the top record-breaking ones together for fans and viewers of the team in this ESPN special, is pretty awesome.”

The Globetrotters will tip off their 2018 “Amazing Feats of Basketball” World Tour on Dec. 7 and will play in Sacramento on Jan. 15! 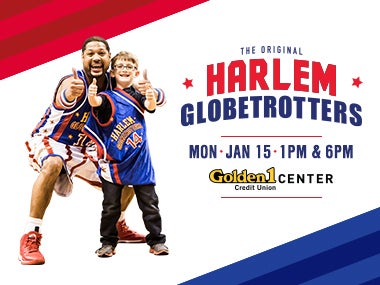