Thursday, July 13 – Golden 1 Center
Tickets on Sale Friday, April 28 at 10am at LiveNation.com

Sacramento, Calif. – Today, two of the most successful and critically-acclaimed bands Earth, Wind & Fire and CHIC ft. Nile Rodgers announced 2054 The Tour. The tour will visit Sacramento’s Golden 1 Center on Thursday, July 13. Tickets for the show are $125.00, $89.50, $69.50 and $39.50 for reserved seats plus applicable charges. Tickets go on sale to the general public starting Friday, April 28 at 10am.

Amping up the summer fun, 2054 The Tour will feature a special guest DJ and a specialized seating configuration toward the front of the stage where seats will have additional space between them to encourage audiences to dance the night away.

"Nile Rodgers and Chic are legendary for their iconic style, song, sound, and groove," said Philip Bailey, co-founder of Earth, Wind & Fire. "Get ready for a non-stop 2054 party!"

"There was a time when we could only dream of 'seeing' Earth, Wind & Fire live, now we get the honor of sharing the stage together. Get your feet ready for a deluge of hits," stated Nile Rodgers of CHIC and the Rock n Roll Hall of Fame.

With multiple #1 hit singles between Earth, Wind & Fire and CHIC ft. Nile Rodgers, 2054 The Tour will feature non-stop entertainment from two of America's most legendary musical groups. Most recently, Nile Rodgers was honored with an Award for Musical Excellence from the Rock and Roll Hall of Fame. Earth, Wind & Fire was inducted in 2000.

About Earth, Wind & Fire:
Earth, Wind & Fire is one of the most innovative and influential contemporary music forces of the 20th century. With a signature sound beyond category and a groove as deep as the soul of the planet the band has impacted the history of music and pop culture for over four decades. EWF has sold over 90 million recordings earning them a solid spot as one of the all-time bestselling music artists. Rolling Stone and VH1 ranked Earth, Wind & Fire on their lists of the Greatest Artists of Rock & Roll. Originating from Chicago in 1969, EWF's career achievements include a GRAMMY Lifetime Achievement Award and an induction into the Rock and Roll Hall of Fame (2000), a total of nine Grammy Awards and four American Music Awards.  EWF classic songs have remained staples for last few generations including the hits, "September," "Shining Star," "That's the Way of The World" and "Boogie Wonderland."   Earth, Wind & Fire's music continues to influence music with artists ranging from Drake, Kayne West, Justin Timberlake, Bruno Mars and more.  Founded by music genius Maurice White; EWF's co-founders Philip Bailey, Verdine White and Ralph Johnson continue to tour and perform to sold-out audiences around the world.

About CHIC ft. Nile Rodgers:
Among music legends, Nile Rodgers is truly exceptional. He amplifies his legacy as a multi-Grammy-winning composer, producer, arranger and guitarist by constantly traversing new musical terrain and successfully expanding the boundaries of popular music. As the co-founder of CHIC, Rodgers pioneered a musical language that sparked the advent of hip-hop with "Good Times," distinguished CHIC as the "most sampled band in history" (The Guardian, 2011), generated groundbreaking pop hits like "Le Freak," and won CHIC eleven Rock & Roll Hall of Fame nominations. His career-defining productions for David Bowie (Let's Dance), Madonna (Like A Virgin), Diana Ross (diana), and Sister Sledge (We Are Family), plus his work with artists like Duran Duran, INXS, Mick Jagger, Grace Jones, Steve Winwood, Peter Gabriel, The B-52s, and Michael Jackson, have sold over 300 million albums and 50 million singles worldwide while his innovative, trendsetting collaborations with Daft Punk, Avicii, Disclosure, and Sam Smith reflect the vanguard of contemporary music. 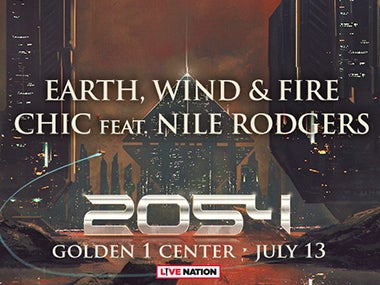