On the heels of four consecutive number one singles, Alejandro Fernández, announced his US Fall tour today. The multiple Grammy winner and son of the legendary Vicente Fernández has conquered stages all around the world with his personal interpretation of Mexican music. He has sold more than 35 million records worldwide and won countless awards and nominations. Alejandro is the first act to achieve No. 1s on Billboard’s Top Latin Albums in the 1990s, ‘00s, ‘10s, and ‘20s.

Produced by Live Nation, the 19-date tour will kick off on September 10 in Reno at the Grand Sierra Theatre with stops at Golden 1 Center on September 11 before wrapping October 24 in Phoenix at Arizona Federal Theatre.

Tickets go on sale beginning Friday, April 16 at 10 a.m. at Golden1Center.com. A portion of proceeds will be donated to Families Belong Together - a campaign of the National Domestic Workers Alliance, that works to end family separation and promote dignity, unity and compassion for all children and families.

His most recent album, Hecho en México, debuted #1 on Billboard’s Top Latin Album chart. The album marked Alejandro’s return to the mariachi format and garnered him a Latin GRAMMY win for Best Ranchero/Mariachi Album and a GRAMMY nomination for Best Regional Mexican Music Album. The album has earned four consecutives #1 singles at radio in the United States and Mexico with “Caballero,” “Te Olvidé,” “Decepciones,”and his current single, “Duele.”

Throughout 2020 while live touring shut down, Alejandro Fernández remained very active, looking for new and innovative ways to be close to his fans and lend his voice to important causes impacting our community. In the early days of the pandemic, Alejandro partnered with Univision TV's Dr. Juan Rivera in sharing vital information about health and COVID-19 on television and social media platforms. Seeing the impact of the shutdown on the artist community, Fernández released a stirring rendition of Joan Sebastian's classic "Eso y Más" as a fundraiser for out of work musicians, donating 100% of the proceeds to MusiCares COVID-19 Relief Fund in the United States and MúsicaMéxico COVID-19 in Mexico.

In October 2020, the singer offered a historic live streaming event, América A Una Sola Voz (America Together in One Voice), a breathtaking concert viewed by over 150,000 fans in 19 different countries across the American continents. During the show Alejandro paused to remind his fans of the importance of voting in the upcoming elections. Following this performance, he launched (along with a coalition of artists) the "Vota Por Nosotros" (Vote For Us) get-out-the-vote campaign airing on Estrella Media, encouraging Latino voters to vote on behalf of our entire community in the November 3rd elections. In accepting his Latin GRAMMY, Alejandro dedicated the award to the victims of the recent hurricanes in southern Mexico donating MXN $1,000,000.00 to the Mexican Red Cross to aid with the relief efforts. Most recently Alejandro joined Mana’s Fher Olvera as the face of the “We Are Home” campaign calling for a fair and dignified immigration policy for the millions of Latino immigrants living in the US. 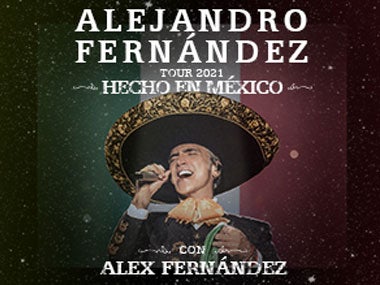