It’s been a busy week for Bruno Mars. From announcing his world tour (which includes a stop in Sacramento), releasing his sixth studio album and opening Sunday night’s American Music Awards – the world can’t get enough of the man making pinky rings cool again.

Bruno’s always been one of the new kings of pop music, but his latest album solidifies his style more than ever. "24K Magic" is the perfect balance of contemporary and nostalgic – and to achieve that amalgam successfully is something special.

Here's a taste of what each song on the No. 1 selling album on iTunes is all about.

24K Magic – This song needs little explanation, due to the fact that you’ve probably heard it seven times today, and unwittingly find yourself humming it in the shower.

Chunky – There’s nothing better than a synthesizer and a catchy song about daisy dukes to make you wish it was summertime. This is debatably his most fun song on the album in its ability to have you singing along and giggling simultaneously.

Perm – A more fast-paced track. This song is straight out of an eighties musical. You can almost see the poodle skirts and hand jives dancing in unison to “Now lean with it (lean) / Throw a lil sheen in it (sheen) / Then pat, pat, pat 'til it's flat!”

That’s What I Like – Possibly my favorite on the album. Like a PG-13 version of someone standing with a boombox outside your window – it’s both classically romantic and NSFW. This is the perfect R&B ballad for serenading your significant other – or to listen to completely alone. It’s that good.

Versace on the Floor – Another steamy ballad, but this time a little slower, and a little more intimate. This song might take you back to prom night 1983 or that time you were running on the beach in slow motion. The concept, lyrically, is brilliant – explaining why it’s become another Hot 100-type hit on the album.

Straight Up & Down – This is just one of those songs you put on in the car, that immediately makes you feel content. It also happens to be one of those songs, like "24K Magic", that you can’t get out of your head. You will be “Straight up… Straight up…” singing this song all day.

Calling All My Lovelies – Okay, I lied. This might be my favorite. The song highlights Bruno’s range, vocally, more than the rest - from starting at a lower octave, to sliding right into his infamous high-pitched tenor.

Too Good To Say Goodbye –  If you’re going through a breakup or any kind of heartache, grab the tissues. “I've made mistakes, I could have treated you better / I let you get away, there goes my happily ever after.” This is the last track on 24K and it hits you right in the feels. What a way to say goodbye. 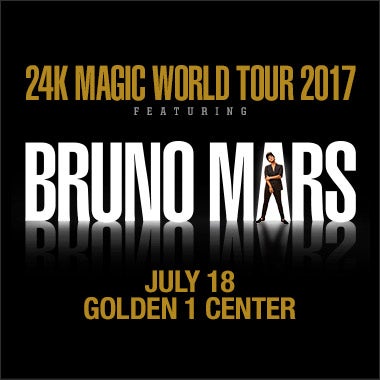