Twenty One Pilots make their Golden 1 Center debut in February of 2017, and Sacramento is sure to be in for an electrifying performance.

The new arena is creating a second chance at a career and life off the streets for a number of locals.

While many will see Golden 1 Center for the first time as attendees, Tarrah Irwin will take her first look this year as a new team member. 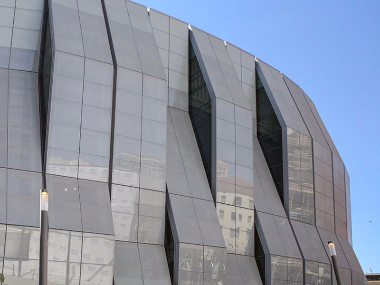 A new court for the Kings, security plans for the arena and more!

On Wednesday the Sacramento Kings released a rendering of their court for the upcoming season, and it’s beautiful! The new hardwood will feature a 20-foot Kings primary logo at its center along with Golden 1 Center branding near each sideline. 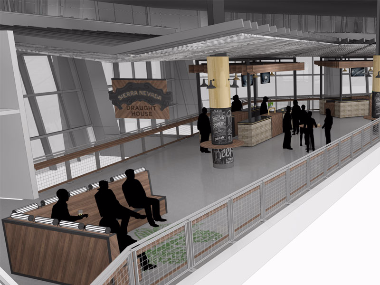 Get To Know Sierra Nevada

Learn more about the brewing company that will feature an exciting offering at Golden 1 Center.

Sierra Nevada Brewing Company – founded in Chico, Calif. in 1980 by Ken Grossman and Paul Camusi – has grown from a homebrew supply store to a small-scale brewery to a multimillion-dollar operation on each coast. 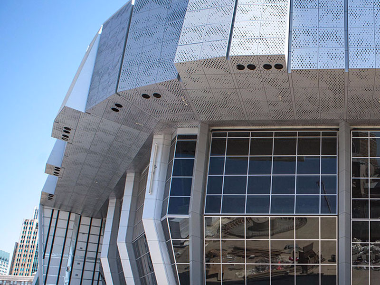 Your weekly source for all things Golden 1 Center! Tune-in each Friday for the latest news, photos and more.

Since then the new venue – set to open this October – has attracted some of entertainment’s biggest shows, including Maroon 5, Cirque du Soliel, UFC, the WWE and more.

Internet Reacts to WWE No Mercy

The WWE is coming to Golden 1 Center for the first time ever and fans are getting pumped!

Pentatonix comes to Sacramento during Golden 1 Center’s opening month. Hear what critics are saying about their live sets.

The Trinity Voice – April 22, 2016 – “Pentatonix Concert Review”
“As soon as Pentatonix came on stage, the crowd went wild. They kicked the night off with one of their original songs, “Cracked.” As the night continued, PTX sang songs ranging from their own popular tracks like “Can’t Sleep Love,” to multiple Justin Bieber songs and even a Michael Jackson medley. PTX sang many covers from other artists that night, including “NO” by Meghan Trainor, “Say Something” by A Great Big World and “Cheerleader” by OMI

Maroon 5 returns to Sacramento during Golden 1 Center’s opening month. Hear what critics are saying about their live sets.

TheStar – February 19, 2013 – “Maroon 5 Thrills the ACC”
“There were a few unexpected twists. Maroon 5’s reggae-dub version of ‘One Night Only’ took the crowd by surprise, as did a duet appearance by singer Rozzi Crane — an Adam Levine protégé no less — for ‘Wake-Up Call.’ Not only did the audience lap it up, but they responded in kind, deliriously singing and dancing along to Maroon 5’s infectious hooks, beats and melodies while Levine continued to explore the conflicted emotions of romance with his relatable lyrics.

Local Businesses Optimistic about the Future of Downtown

With the opening of Golden 1 Center and Downtown Commons on the horizon, and the promise of a “Downtown Renaissance”, as some are coining it, businesses that have long been based in Downtown Sacramento are preparing by updating their own storefronts.

Review Round-Up: Paul McCartney’s One on One Tour

After eleven years, the music icon returns to Sacramento to open Golden 1 Center. Find out what people are saying about the One on One tour.

LA Times – April 14, 2016 – “5 Things of Note from Opening Night at Paul McCartney’s One on One Tour”
“As he’s been doing in recent years, along with return visits to major markets, the former Beatle and double Rock and Roll Hall of Fame inductee includes cities he has never visited, and chose to launch the new tour with his first performance in the Central Valley town of a half-million…The show ran nearly three hours, with no intermission, and spanned the full range of the 73-year-old musician’s career.”

A Taste of What’s to Come

Bloggers were invited to the XC over the weekend to sample and learn more about the food that will be served at Golden 1 Center.

The Kings hosted a bevy of food bloggers Friday night at the Experience Center in downtown Sacramento, just a few short blocks away from Golden 1 Center. Kings president Chris Granger and Chef Michael Tuohy were on hand to greet guests and share in the tasting experience.

The Sacramento Kings have utilized Virtual Reality technology to stream games and more, now they are bringing it to Golden 1 Center.

Golden 1 Center is set to become the world’s premier entertainment venue from design, to sustainability, to in-event experience.